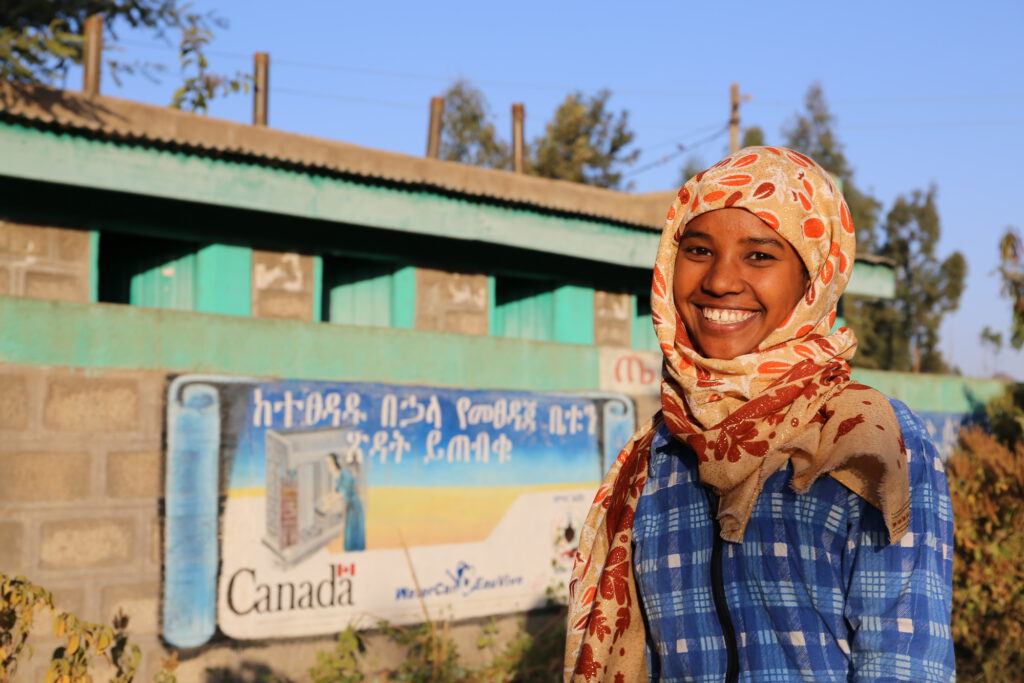 Women in the WASH sector: Is Being Invited to the Party Enough?

Following 2018 elections in Ethiopia, a record-breaking number of women now hold leadership positions in the country’s government. But women still struggle to rise up the ranks in other sectors. To mark International Women’s Day, WaterAid Ethiopia Country Director Bethlehem Mengistu shares lessons on being a female leader in the water, sanitation and hygiene sector.

I am thrilled to witness the fantastic changes that have taken place in Ethiopia over the recent months, with women assuming leadership positions at the highest levels of government. The best part of this narrative is that little Ethiopian girls will now see a woman president or minister as the new ‘normal’, and no longer the exception. I find this quite inspiring!

But in my field of work – the water, sanitation and hygiene (WASH) sector – we are yet to see a sensible percentage of women in leadership roles. The participation of women is most often seen in community water supply management frameworks, where women are included within the team that manages the water supply system. This is important as the intention is to sustain the benefits of the system by both genders, but also ensure both men and women are equally engaged. However at sector level (i.e. where policy, resourcing and planning are usually discussed and decided upon) there are very few female decision-makers.

Where are the women?

I am often one of the only women leaders in the meetings I attend.

And when the question ‘why aren’t there more women present?’ is raised, the response is often ‘there aren’t enough qualified women out there’.

This is not an accurate response. There are qualified women out there, but we need a reform in the sector’s approach to reaching those women professionals. For example, organisations like CARE Ethiopia have achieved good results through reforming their entire recruitment process. CARE re-graded all their job descriptions, re-advertised positions 1 to 3 times if no women applied, head hunted, instituted a competency-based assessment system with written examination (coded so the panel does not see which applicant wrote it), and assessed and reconfigured the interview questions using a gender lens. This has brought the organization closer to meeting parity.

Lessons from a (woman) leader

However, getting women a seat at the table is not enough. Leading in a sector that is traditionally male-dominated comes with a distinct set of challenges, as I soon found out:

I am thrilled that this past year has been the year where barriers have been shattered, and we are seeing better gender balance in leadership. We are invited to the party, but it is important for the rules of engagement at the party to be equally accessible.

This post was written by Bethlehem Mengistu, Country Director of WaterAid Ethiopia. WaterAid, a 2019 GHC member, transforms lives by improving access to clean water, hygiene and sanitation in the world’s poorest communities. They work with local partners and influence decision-makers to maximize their impact.