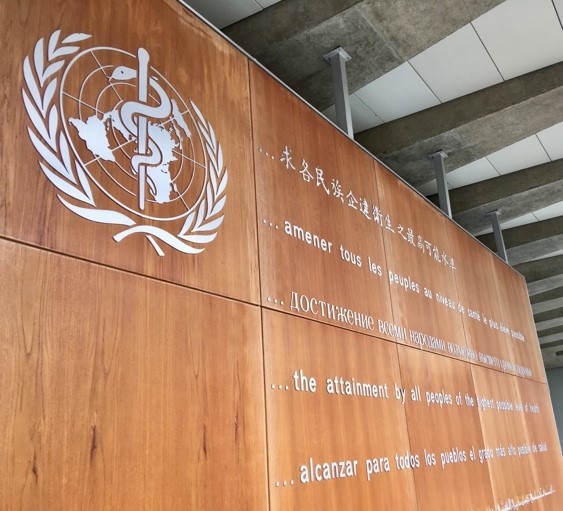 “Promote Health.  Keep the world safe.  Serve the vulnerable.”—that is how the World Health Organization (WHO) articulated its mission in its Global Programme of Work for 2019-2023 — a mission that seems particularly relevant to the healthcare crisis emerging among refugee and migrant populations around the globe.  Indeed, because refugees and migrants are uniquely vulnerable and because large-scale movements of peoples could potentially affect any state or region in the world, promoting refugee and migrant health should be a significant priority for the WHO.

The diversity of comments and positions taken in early 2019 during the 144th session of the Executive Board (EB144) at WHO headquarters by Member States in response to the Promoting the health of refugees and migrants draft global action plan, 2019-2023 (the Global Action Plan, or the Plan) reflects the complexity and emotionally charged nature of the issues surrounding the current immigration situation.

Usually, when the WHO invokes its mission of “promoting health,” it is requesting that Member States encourage healthy behaviors to prevent illness and allay chronic disease.  In the case of refugees and migrants, “promoting health” would seem to suggest a strategy of targeting potential migrants and refugees in their homelands before they launch to other areas.  This would presumably entail campaigns to promote preparations such as packing ample water, nonperishable foods and protective clothing, and obtaining preventative healthcare like immunizations and months of prescription medicines before their journeys begin, and encouraging them to continue living a healthful lifestyle in transit and after arrival at their new destinations.  But such high-level planning seems implausible in times of crisis or political unrest.  It therefore seems that the WHO, and specifically the Global Action Plan, should focus not merely on promoting migrant and refugee health, but also on actively protecting migrants and refugees, and providing healthcare whenever possible for these uniquely vulnerable individuals.

During the Executive Board session, many Member States commented on this growing need to provide healthcare.  The delegation from Argentina pronounced that the unique vulnerability of this population must make it a high priority for the WHO.  Indeed, Zambia went even further, arguing that the right to care should include the right to access national health systems, and the provision of assistance during health emergencies.

The Eastern Mediterranean Region (including Djibouti, Lebanon, Morocco, Sudan and others) “appreciated the draft”, Australia was “broadly comfortable with the draft”, and overall, the majority of countries that voiced an opinion at the meeting supported all or part of the Global Action Plan, with the most vocal proponents being Spain, Jamaica, Sri Lanka, and Vietnam.  Turkey, which is currently supporting over 4 million refugees (more than any other country), proclaimed the Plan a global priority.  Portugal expressed its willingness to comply with the Plan, and further wished it would contain even stronger commitments from the WHO and Member States.

Several Member States called for improvements in the Plan.  Canada, for example, asked the WHO to supply details on how the Plan would be implemented, and Iraq asked the WHO to set goals for monitoring and evaluation of the Plan.

Many countries (including Canada, Iraq, and the U.K.) and the WHO Director-General himself advocated for more robust mental health care and psychosocial support for refugees, with the Netherlands insisting that these need to be integrated into the total healthcare services provided within countries.

Lebanon considered the document “far off from what countries can achieve”.  Some could not support the current draft at all, namely Austria, and the U.S., which demanded definitions of migrants and refugees and separate plans for these sometimes dissimilar groups—the U.K. agreed.  Iran also expressed the need to distinguish the two, and Indonesia specifically thought the document must clarify the definition of “migrants”, because, as Lebanon complained, the technical terms are confusing.

Some Member States requested that the WHO secretariat eliminate language about the Global Compact for Safe, Orderly and Regular Migration (GCM), or at least include a caveat that some countries (like Poland) are not party to that UN agreement (and do not wish to be).  Other Member States and non-State actors sought to include additional services and protections.  The FDI World Dental Federation, for instance, sought to add access to oral healthcare as a feature of the Plan.

Jamaica argued that the Plan should remain a living document, so that it can be updated as migration patterns change.

“What’s the cost?”, Haiti asked.  “Is the plan financially feasible?”, Canada inquired.  The U.S. indicated that a reasonable financial plan should be included in the document, while Colombia, Bangladesh, Pakistan, and Sudan (on behalf of the Eastern Mediterranean region) asked the WHO itself to provide financial support for the Plan.  Algeria (on behalf of the African region) asked that the WHO pay particular attention to the financial needs of African nations requesting assistance, while Lebanon and Iran suggested that the most equitable way to address cost would be through fair burden-sharing, meaning that high resource countries would provide the greatest proportion of funding.  Director-General Tedros agreed with the concerns of certain Member States that the WHO would only be able to address the most critical migrant and refugee health priorities due to budgetary constraints.

Bangladesh, Brazil, Germany, Italy, the Netherlands, Panama, the Philippines, Switzerland, the United Kingdom, and the African Region (including Algeria and Zambia), took a wait-and-see approach, indicating that they would welcome elaborations, revisions, and other work on the Plan, and look forward to developing a draft together that can be adopted at the World Health Assembly.

The only truly dissenting voice came from Hungary, which has firmly disassociated itself from the GCM pact and reiterated that they will not subscribe to any instrument containing GCM references.

Both the World Medical Association and the International Federation of Red Cross and Red Crescent Societies implored Member States to clearly separate the duties of migration law authorities and health care providers, arguing that each must keep the world safe in their own distinct ways.

The Djibouti delegation decried the many deaths of migrants and refugees who had left the Persian Gulf area and been lost in shipwrecks.  They also argued that those who do survive desperately need the political protection of asylum laws as they pass through the Middle East and surrounding areas.

Iran, on the other hand, pointed out that refugee protections cannot compromise the security of local communities or their right to development.

According to Dr. Tedros’ statement, the WHO will not move beyond its mandate (a particular concern of the U.S.) and an updated Memorandum of Understanding is underway with the IOM to clarify roles.  The WHO must rely on the IOM to coordinate the UN partners and all other stakeholders on migration issues, a point which the Swiss delegation underscored, and the WHO must simultaneously reassure the IOM that they will consistently facilitate the provision of needed healthcare to migrants and refugees.

It will likely take more than one agreement to keep the world safe for these populations, but the Global Action Plan appears to be the most viable path forward for reaching Sustainable Development Goal (SDG) target 3.8 to achieve universal health coverage for all and target 10.7 to facilitate orderly, safe, and responsible migration and mobility of people.

In his comments Dr. Tedros reiterated the need for all States to do their part, to contribute to WHO funds, to take their fair share of migrants in transit and of refugees seeking host lands, to establish fair laws for the treatment of these people while in their jurisdictions, to protect them from bad actors who exploit and abuse individuals in transit, to promote their health, and eventually to welcome back all people born in their countries.

As the UN New York Declaration says, we must “acknowledge that everyone has the right to leave any country, including his or her own, and to return to his or her country.”

The delegation from Turkey agreed that all Member States and stakeholders are needed to make these efforts successful.  Lebanon called on non-governmental organizations to provide additional support.  We need NGOs to promote peace, goodwill, and assistance in areas that are not safe; the private sector to regulate and abide by rules on fair wages and safe workplaces for men and women with transitional or immigrant status; and, all of us, as citizens of the world, need to help keep civil society civil by treating migrants and refugees with dignity and avoiding the types of political discrimination that keep families around the world unsettled. 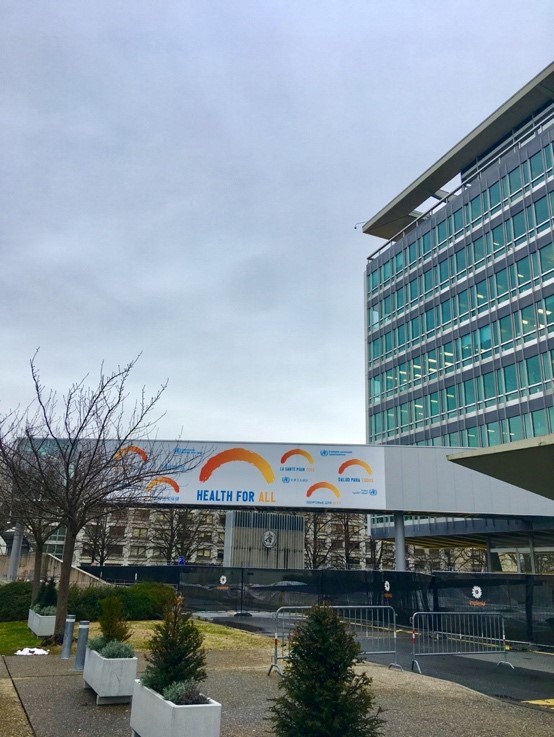 The Global Health Council, supported by the American Academy of Pediatrics, called for greater support of children and pregnant women, as did the International Federation of Gynecology & Obstetrics.  At the same time, The Holy See urged deletion of the Plan’s references to “reproductive rights” and access to abortifacients.  Meanwhile, Chile invited all to recognize the special needs of older persons.

Jamaica highlighted the need to strengthen national system capabilities, partnerships, and collaborations to deal with the massive influx of migrants and refugees.  Faith-based organizations should volunteer and engage in the actions that will be required to accomplish the Plan, announced The Holy See.  Morocco, Iran, and Venezuela, despite challenges within their own borders, shared stories of how they have opened their doors to provide health care to foreigners in need.  Germany, U.K., Sri Lanka, Chile, Panama, Canada, and Mexico commented on the need to strengthen interagency coordination, including with the UNHCR and IOM (both of whom were present at the meeting and eager to collaborate), and the ILO (International Labor Organization) to address this matter.

Haiti suggested that the WHO should seek the views of refugees and migrants themselves before adopting the Plan.

Doctors Without Borders/Médecins Sans Frontières (MSF) reported that mental health issues among migrants and refugees are among the worst that MSF has ever seen.  MSF stressed that government policies are to blame for much of the deterioration in mental and physical health among refugee and migrant families, and that Member States should therefore ban all practices that deter, contain, and forcibly return migrants.

While Member States may disagree on the most effective approach to addressing the problem of migrant and refugee health, there is unanimous recognition that current trends in global migration have the potential to cause unprecedented human catastrophe.  Member States must come together—civil society, non-government organizations, faith-based organizations, academia, private sector, and governments, led by the United Nations—to provide for the basic healthcare needs of these most vulnerable peoples.  Member States should continue to support the Plan and ensure that it provides real, practical solutions for this growing problem.  Further detail must be added in future iterations, which Dr. Ranieri Guerra, Assistant Director-General, agreed to deliver by the World Health Assembly May 20-28, 2019, to show how the World Health Organization and the world can uphold the Global Action Plan’s promise to our planet’s most vulnerable and hopeful people.

As Dr. Tedros said, “Health should be used as a bridge for peace and solidarity”.

This blog post was written by Elizabeth Montgomery Collins, MD, MPH, DTM. Dr. Collins is a member of the Global Health Council’s President’s Advisory Council and has served on several occasions as an individual delegate to the World Health Organization Executive Board meetings and the World Health Assembly.