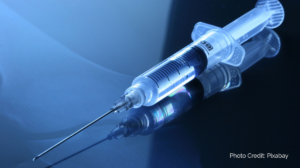 Over the past year, COVID-19 coverage has dominated the news cycle. However, amid a pandemic, there have been many groundbreaking advancements in global health. Here are a few:

Malaria is a serious and sometimes fatal mosquito-borne disease that resulted in approximately 229 million new cases and 409,000 deaths worldwide in 2019 alone. Children under age 5 are the most vulnerable group affected by malaria, accounting for roughly 66 percent of these fatalities. Despite many efforts, developing a vaccine against this life-threatening disease has remained a challenge. However, this year a malaria vaccine has proved to be 77 percent effective in a one-year preliminary clinical trial involving 450 children in Burkina Faso. The R21 vaccine is also the first vaccine to achieve the WHO-specified 75 percent efficacy goal. The research team plans to follow the initial sample group for at least another year and will begin a larger trial involving nearly 5,000 children in four African countries.

The use of Wolbachia-carrying mosquitoes has reduced the incidence of dengue fever by 77 percent in a three-year randomized controlled trial in Yogyakarta, Indonesia. Researchers also noted a 86 percent reduction in hospitalizations for dengue among study participants. The trial, conducted by the World Mosquito Programme, injected Aedes aegypti mosquitoes with Wolbachia bacteria and this effectively prevented dengue-infected mosquitoes from passing on the virus when they bite humans. Researchers hope this could be a solution to a virus that infects an estimated 390 million people and kills about 25,000 every year. They also believe this method may be effective in preventing the transmission of other mosquito-borne illnesses such as Zika, chikungunya, and yellow fever as well.

IAVI and Scripps Research have released promising results from a phase I clinical trial of a new HIV vaccine candidate which was successful in stimulating the production of rare immune cells needed to generate antibodies against HIV. Preliminary data showed that the targeted response was detected in 97 percent of participants who received the vaccine. Additionally, IAVI and Scripps Research are partnering with Moderna to develop and test an mRNA-based vaccine that harnesses the approach to produce the same beneficial immune cells.

An international team of researchers has developed a non-invasive blood test that can detect five cancer types years before any symptoms appear. Called PanSeer, the test successfully detected stomach, esophageal, colorectal, lung, and liver cancer in 91 percent of samples from then-asymptomatic individuals who were diagnosed with cancer 1 to 4 years later. The team concluded that larger-scale studies are needed to confirm PanSeer’s potential as an early detection test but hope this can become a standard annual test in the future.

In August 2020, the Africa Regional Certification Commission certified the WHO African Region as free of wild polio after four years without a case. Nigeria was the last country in Africa to have reported a case of wild polio, leaving Afghanistan and Pakistan as the only two countries where polio is endemic.