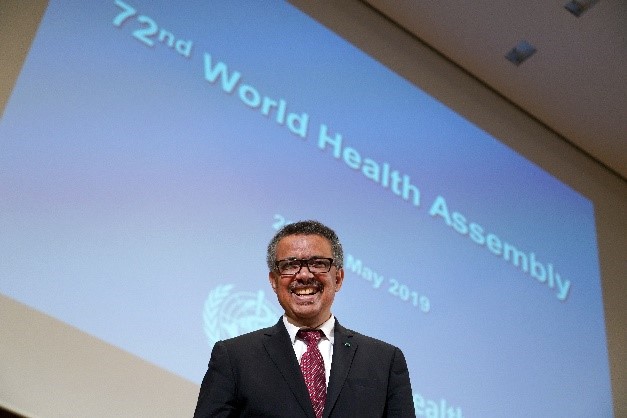 “We all have a duty to make sure the decisions we make this week take root in our countries and communities. This week, I ask you to remember the people, from your family and your country, and from every family and every country, who will be affected by the resolutions you pass and the decisions you make. They are the reason we’re here. The people of the world are looking to us to deliver results. And the people of the world will hold us accountable for those results.”
– Dr. Tedros Adhanom Ghebreyesus, Director-General, World Health Organization (WHO) in his opening address to the 72nd World Health Assembly.

It was another whirlwind World Health Assembly (WHA) in Geneva this year. However, the Global Health Council (GHC) team, along with our 100+ member delegation, did not shy away from the packed week. In fact, we started off the week running (or walking) at WHO’s Walk the Talk event on Sunday, May 19. From that point on, our delegates busied themselves by tracking the formal proceedings within the Palais des Nations, reading interventions on the floor of WHA, attending and hosting side events, meeting with Member states, and more. Please see below for a recap of the formal proceedings and our activities. 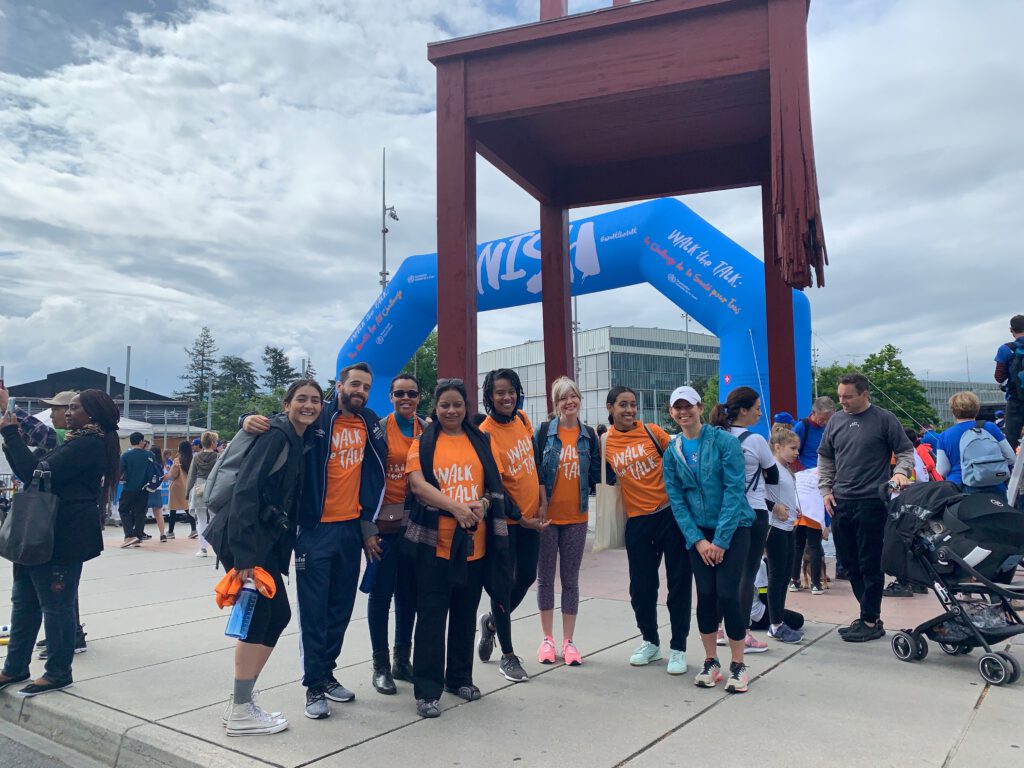 As a non-State actor in official relations with WHO, GHC is invited to bring a delegation to WHA. This year, 39 GHC member organizations nominated representatives to join our delegation. Similar to last year, GHC encouraged its member organizations to nominate staff from low- and middle-income countries. As a result, delegates from more than 15 low- and middle-income countries were represented on our delegation.

In an effort to further diversify our delegation, GHC partnered with the Medtronic Foundation, to support three patient champions – Jyotsna Roy of India, Dr. Maria Jose Pires Machai of Mozambique, and Bruno Carrattini of Uruguay – impacted by communicable and noncommunicable diseases to share their experiences at WHA72. Stay tuned for a recap of each patient advocate’s experience at WHA in future GHC newsletters.

Our delegates were hard at work all week long, collaborating on 20 statements that covered a range of topics including Universal Health Coverage (UHC) and WHO reform, and of which nearly all were read on the floor of the WHA. You can view all non-State actor statements (including GHC’s statements) on WHO’s WHA72 online portal. Several of our delegates also hosted their own events and huddled around GHC side events (see below for more details) to further collaborate and share intel. Finally, the GHC delegation met with members of the U.S. delegation from USAID and the U.S. Department of Health and Human Services to better understand their priorities. 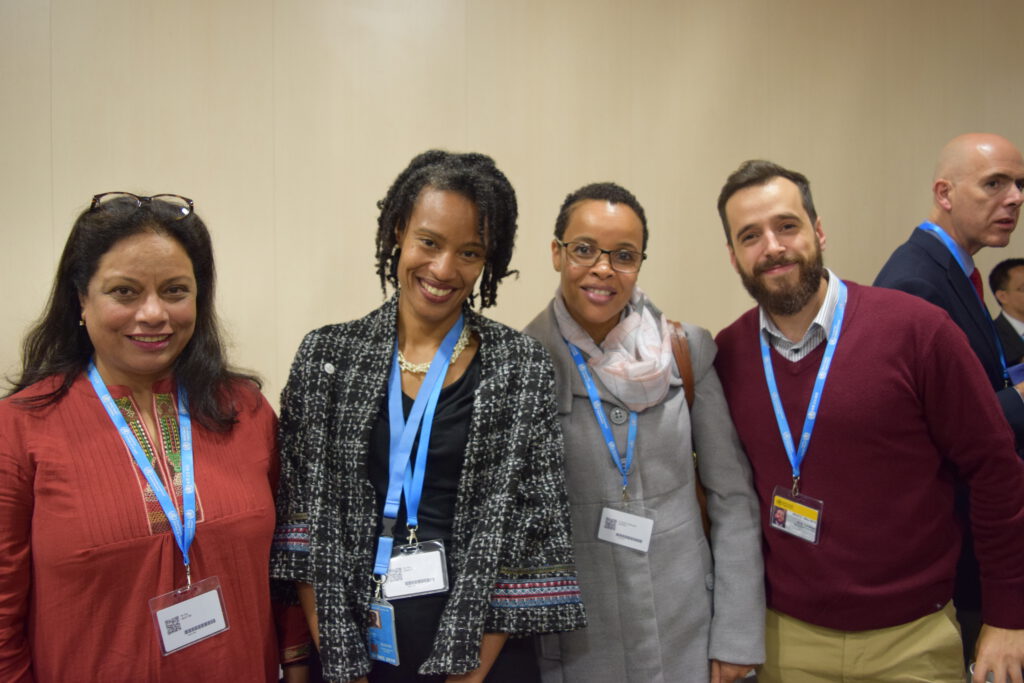 Highlights from Inside the Palais

The 72nd World Health Assembly (#WHA72) kicked off on Monday, May 20, with a moving tribute to health workers lost in the fight against Ebola. During his opening remarks, WHO Director-General, Dr. Tedros Adhanom Ghebreyesus honored these individuals and also appointed four Goodwill Ambassadors to spur interest in health issues like mental health and health workforce.

Following this strong opening, debate in the Committee rooms began. Throughout the week, GHC, led by Senior Manager of Policy and Advocacy Danielle Heiberg, tracked these discussions closely. Below are a few of Danielle’s highlights:

A full list of resolutions adopted by the Assembly will eventually be shared on the WHA72 online portal (under “Resolutions”). If you are looking for additional details right away, consider reviewing WHO’s daily WHA72 news releases.

#CivilSocietySpeaks Up at GHC’s WHA Side Events

This year, GHC co-hosted three main public events around – yes, you guessed it: UHC and, perhaps the lesser known Global Action Plan (GAP) for Healthy Lives and Well-being for All (SDG3).

The common thread that GHC and our partners tried to weave throughout these events (as well as other discussions throughout the week) was the need for civil society and community engagement during the planning, implementation, and evaluation stages of all global action plans and initiatives. This theme of civil society engagement emerged early last year after a WHO-Civil Society Task Team was formed to address and encourage such engagement. What resulted from this task team’s consultations were a number of key recommendations for WHO, CSOs, and Member States, on how to strengthen civil society engagement at the local, national, and global levels. The preliminary task team recommendations were presented at an official WHA71 side event in 2018.

See below for short summaries of our partner side events.

Community and Civil Society Engagement for the GAP on SDG3

The GAP for SDG3, coordinated by WHO, is an initiative that unites the work of 12 leading global organizations active in health in order to design a framework that best aligns their resources and objectives for the benefit of partners and people served. Moreover, the GAP’s co-signers aim to develop a clear implementation roadmap and accountability mechanism that puts country impact at the center while also acknowledging and actively supporting the important contributions of non-state actors. As this is a large undertaking, WHO and partners, including a civil society advisory group, which our President & Executive Director Loyce Pace co-chairs, have been meeting over the last several months to provide input into the process.

Those meetings and discussions continued at WHA. On Monday, May 20, GHC, the United Nations Foundation, and Women Deliver, co-sponsored, Community and Civil Society Engagement for the Global Action Plan on SDG3, a side event that explored potential roles for communities and civil society in the execution and evaluation of the GAP, from its launch in September 2019 to the 2030 milestone.

This side event was held amidst a number of GAP-focused WHA events, including a high-level Technical Briefing (which took place immediately before our side event) and a full day of interactive presentations on the GAP (May 22). The Technical briefing featured Loyce, who provided remarks on an esteemed panel, which included Minsters of Health from Ghana, Colombia, Germany, and Norway. She stressed the point that civil society has an important role to play in the GAP, which of course was the focal point of GHC’s subsequent side event.

The side event featured a panel, which included civil society, government, and GAP representatives (view the panelists’ bios online), who assisted in introducing the GAP to the audience and dived into further detail regarding two of seven Accelerators of the GAP: Sustainable Financing and R&D, Innovation and Access.

During the panel discussion, our patient champions, Maria Jose and Jyotsna, shared the personal experiences they face advocating for better treatments for chronic non-communicable diseases, and improved diagnostics for multidrug-resistant tuberculosis (MDR-TB). As a doctor and former patient impacted by MDR-TB, Maria Jose spoke to the importance of global health initiatives rooted in community stating, “If all of the policies are designed from the top to the bottom, sometimes they do not meet the needs of the population…we can have guidelines, provide drugs, and have health workers trained, but if we don’t think about the patient who can’t make it to the nearest health care facility to collect a tablet every day…we won’t have success in the implementation of the programs.”

Jyotsna, who works with the Nada India Foundation to combat non-communicable diseases, reinforced the need for political engagement in any plan pushing us towards achieving healthier lives for all, stating, “Whatever good plan you have and whatever good work you do, you need to have political will.”

See more key takeaways from the side event: 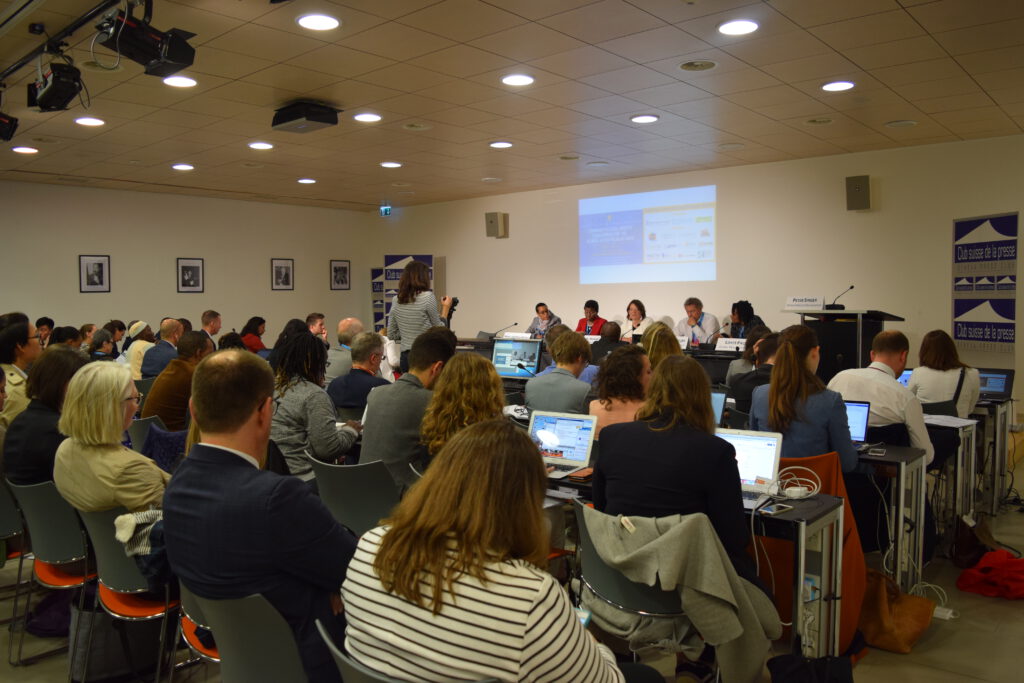 A full house at GHC’s side event on Civil Society and Community Engagement for the Global Action Plan on SDG3. Photo Credit: Victoria Rodriguez

Despite numerous items on the agenda for WHA, UHC very much dominated the conversation in and outside the Palais. In fact, during a WHO technical briefing on UHC at the Palais on Tuesday, May 21, the United Nations released the zero draft of the Political Declaration on UHC. Drafted by Member States, the document outlines eight key commitments to achieving UHC by 2030. A version of this document will be formally adopted at the upcoming HLM in September.

That same afternoon, GHC, along with Frontline Health Workers Coalition, IntraHealth, and Living Goods, co-hosted a UHC Town Hall discussion at the Geneva Press Club to further explore how civil society can participate during the upcoming HLM on UHC and beyond.

Our patient champion Bruno delivered opening remarks at the side event, sharing his experience of living with type 1 diabetes and laying out the most important strategies he prioritizes in his work as a diabetes educator with Asociación de Diabeticos del Uruguay. His strategies include: involving youth in the fight for health rights, amplifying advocacy messages through social media campaigns, building alliances with stakeholders from various global health sectors, and getting buy-in from political leaders.

After those inspiring opening remarks, we flipped the script of a normal WHA side event by breaking out into small groups to discuss civil society engagement and advocacy pre- and post-HLM, specifically at the national level. These breakouts were followed by a panel of respondents from government, WHO, and civil society who addressed questions raised by the audience.

Our UHC town hall was followed by an official side event, Action and Accountability on UHC: Building momentum towards the UN High-level Meeting on UHC, which was co-hosted by Save the Children, GHC, and other partners on the grounds of the Palais and provided another perspective – that of Member states – on achieving UHC. 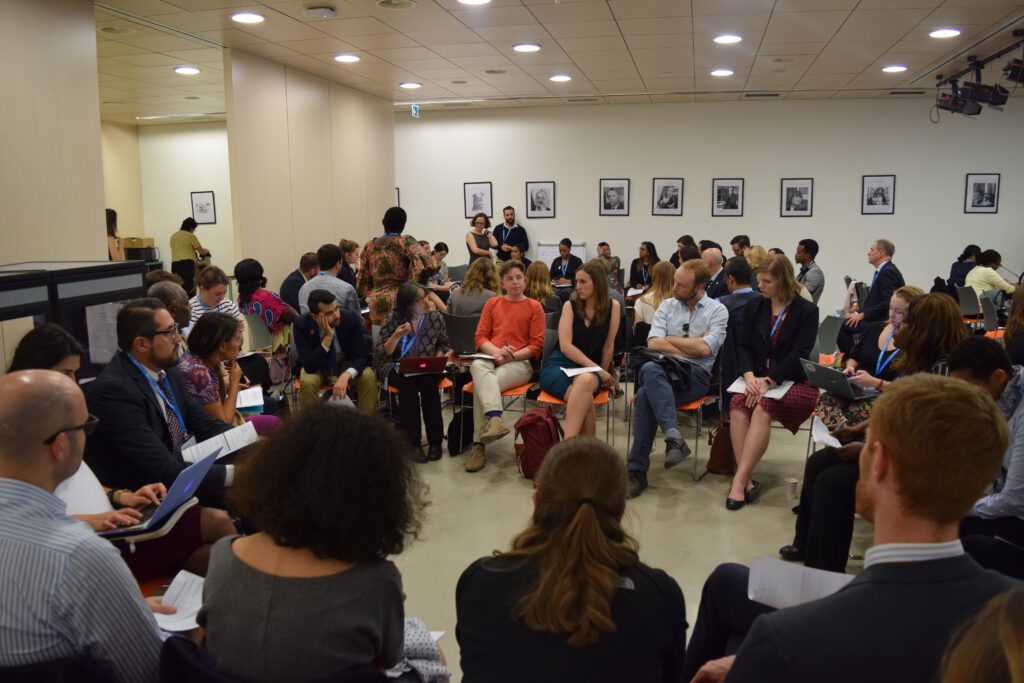 The GHC Communications team was following our delegation and partners at WHA all week long. Check out our Twitter feed for some #WHA72 highlights! Furthermore, take a look at Loyce’s insights from the week: